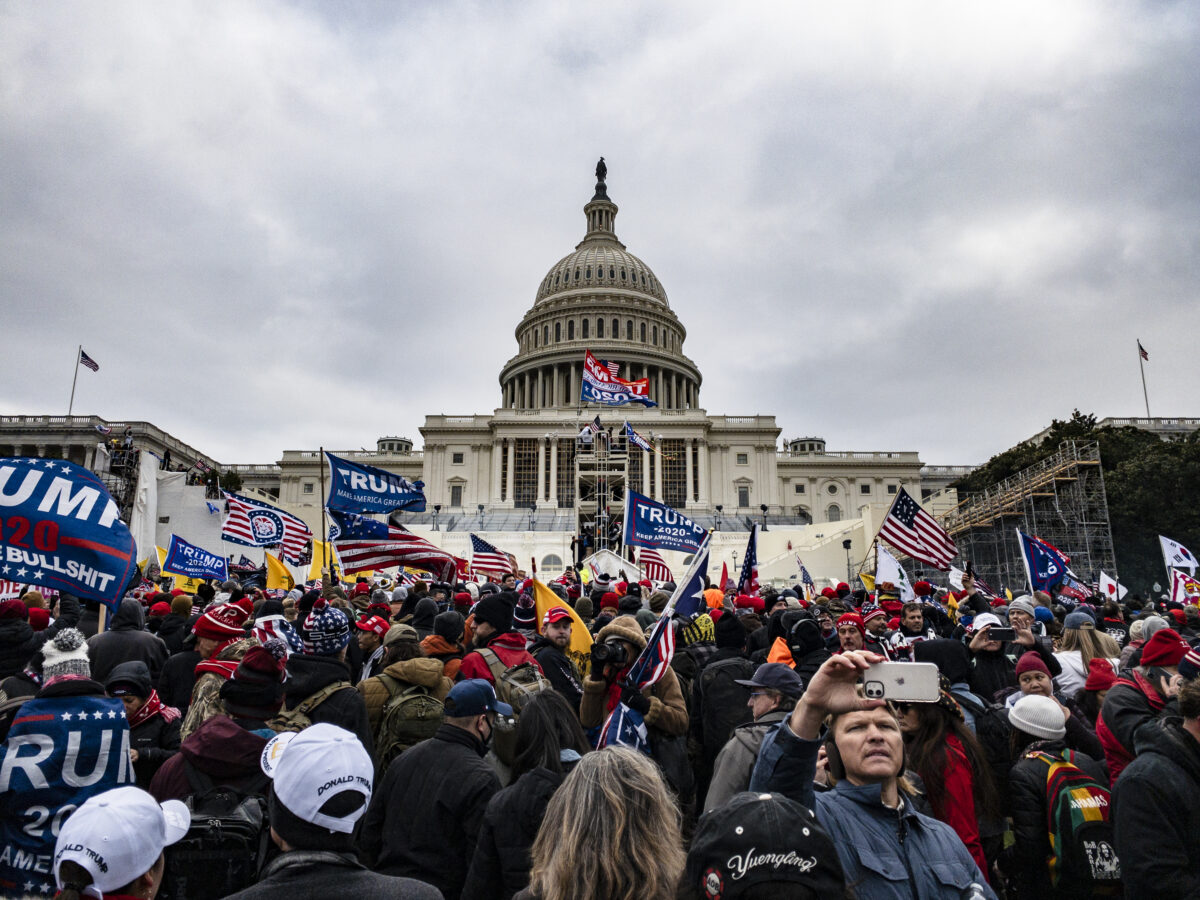 Hollywood is reacting with disgust and horror as President Donald Trump’s supporters storm the United States Capitol on Wednesday.

The chaos in Washington D.C., which included violent clashes with police in the streets, has made its way to the chamber of the United States House of Representatives. Members of Congress were evacuated mere minutes before the chamber was breached.

The story remains fluid as of Wednesday afternoon, with reports of bleeding victims, gunshots fired, and elected officials hiding in bunkers.

Hollywood took to Twitter to express their shock at the events unfolding.

Unimaginable.
Disgraceful.
Shocking.
But no surprise.
So many to hold responsible. You know who you are.
You dismissed the violent, divisive, cruel rhetoric. You made excuses.
Cowards
He/you are not leaders.
We will try to re-build. You will try to live with yourselves

We always knew exactly how this would end –
History didn’t start four years ago – https://t.co/akGIrRKZZI

This is either a dereliction of duty by the Capital Police or a complicit desire to not plan for the known threat of chaos today. Either way, this is inexcusable. If you can be prepared for imaginary ANTIFA protestors, you had no business not prepping for these actual terrorists.

Sorry to share a #TrumpCult maga acct, but the violence at the Capitol is worse than it looks on the news. Turns out blue lives no longer matter to Qanon and proud boyzzzz. https://t.co/fHx7KAyYRl

Praying for our country. Sickened & saddened by what I’m seeing-on so many levels. Cowards. Disgraceful. We will get through this. #CapitolRiots

This is on any Republican who voted to Not impeach this criminal. Props to Romney, the only brave Republican I can think of. Are there any others I should forgive?

This is what the President of the United States Donald Trump meant when he said — Stand back, and stand by.

So many of #Trump‘s people are asking him to appear and tell the crowds to disperse, but he won’t, and you know why? BECAUSE HE’S GETTING OFF ON IT. He loves the chaos, violence, and most of all….the RATINGS. LET’S GET REAL.

Reported shots fired inside the house chambers. This is why we can’t have nice things, you fucking mouth breathers who stormed the capital.

Trump needs to be arrested for Sedition, Treason, and Inciting Violence.

The people who have breached our government buildings today are domestic terrorists.

Call them what they are.

And remove all elected officials who have enabled this lunacy. They are traitors to our republic, and to democracy itself.

Lets get real – If the “protestors” and “concerned citizens” storming the Capitol were BLM or people of color, the National Guard would have tanks on the streets, dozens would be dead and hundreds being beaten in prison.

guns drawn in the chamber … smdh …

I don’t consider myself a patriot or whatever, but these fucking yahoos trashing the capitol make my skin crawl and my blood boil

#ARRESTTRUMPNOW ARREST THIS PSYCHOPATH. HE HAS VIOLATED HIS OATH OF OFFICE #SEDITION

Donald Trump is sitting in the White House getting praise from Mark Burnett for today’s episode & discussing what to do next.

All because a five-year-old can’t admit that he lost https://t.co/66hZmKv0VU

Trump is encouraging thousands of maniacs to storm the Congress and the Dow is up 400 points.

As a United States Citizen, and the daughter of two veterans, and the sister of another, I am ashamed of what is happening in Washington. Hypocrisy, shame,
Embarrassment. Unpatriotic hypocritical sheep drinking poison Kool aid. This a sad day for America.

These are cult members https://t.co/nIRSqdhTUb

Donald Trump has been sitting in the middle of a forest, lighting matches, for four years. Let’s not be surprised that the whole thing is finally burning down. He got what he wanted. He should leave TODAY.

How dare you!?! Shame on you! Hypocrite! You told your supporters to do this – put our law enforcement, fellow law abiding citizens & our democracy in danger! One of your supporters was just taken to hospital covered in blood! We look like a third world country because of you! https://t.co/2Oy9TgxnWN

Support the peaceful transition of power!!!!!!!! That’s being a patriot!

The irony is pretty funny………weren’t people just wild animals in the summer for demanding justice and now?🤔🤔🤔🤔……Let me just watch.

Have a tip we should know? [email protected]