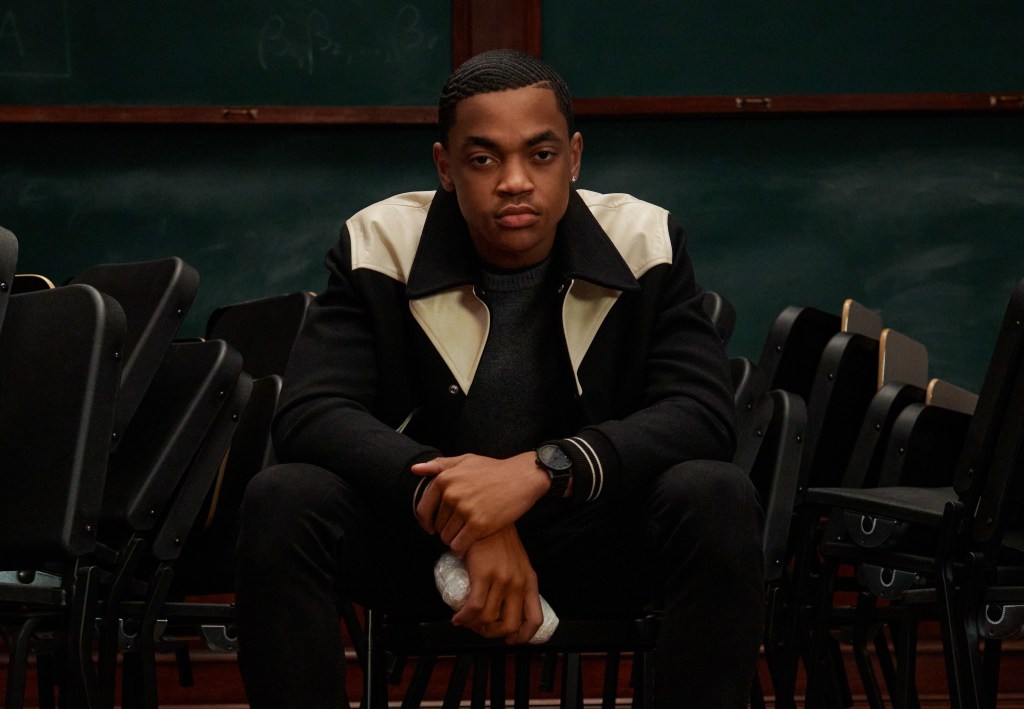 Power Book II: Ghost returned with another great episode on Sunday and of course fans hit the timeline to document every unexpected development.

“Sex Week” dove deeper into the intent of each onscreen player. We see exactly how obsessed Professor Jabari Reynolds is with colleague Professor Carrie Milgram when he suspects she’s bedding a student. On her end, Carrie is in fact bedding Stansfield ball player Zeke Cross, while doing her best to curb his emotional needs — but Jabari suspects Tariq is his ex’s lover and his jealousy rages instantly.

Apart from over-exaggerated sex scenes, What exactly do these two bring to the #PowerBook2 story? pic.twitter.com/LNKQ6vmsNG

Just like his dad, Tariq is handling several issues at once. He’s attempting to balance two women (who fans have likened to Power‘s Angela and Tasha). He’s also scheming to get his best friend’s girlfriend off his back. To top that off, his college drug business is on hold due to a late shipment from the Tejada family (whom he ends up visiting, much to Cane’s displeasure), and Saxe and Maclean are still secretly strategizing to get him behind bars for the murder of his father, Ghost. Tariq has unknowingly made several enemies.

As the season presses on, the prospective kingpin is increasingly reminding fans of the man who raised him — and his relationship with Brayden is reminiscent of Ghost’s friendship with Tommy. Tune into episode 7 on STARZ to see how all the drama played out, plus some reactions from fans below.

One of the most viral moments of the episode.

Straight out of the Ghost handbook, for sure.

That “Later nigga” Tariq hit Malcolm with was straight out of the Ghost handbook. Ghost Man 101 #PowerBook2 #PowerGhost pic.twitter.com/Gkg0M6IHcK

Jabari’s got the right idea, but the wrong suspect.

Jabari to old and grown to be jealous of Tariq.#PowerBook2 pic.twitter.com/FKHUpJGdrb

It was the sports highlights on Carrie’s television screen that gave her away.

Jabari is definitely weird and obsessive… fans are looking forward to his eventual departure.

Jabari is a weirdo can he die already omg. The obsession with Tariq and everyone else…. #PowerGhost pic.twitter.com/mVnzuaeZ2S

When Tariq finds out Riley is Saxe’s niece he tells a little tale that Brayden was hesitant to believe.

Tariq tied up that loose end, somewhat, but he’s still got Saxe and Maclean on his back.

Where tf was all this energy in the first series? Now that we all like Tariq, y’all wanna put his ass in the dirt. I’m tired #PowerBook2 pic.twitter.com/0SBM73HMEj

Fans are comparing the spinoff to the original — and to Empire. Does Dru remind you of Jamal Lyon at all?

Y’all not finna fool me in 2020…#PowerBook2 pic.twitter.com/tZDnmlyKaX

This was weird and caused Lauren to officially dump Malcolm.

It’s nerve-racking, to say the least. Let us know your reaction to #PowerBookII’s most recent episode.

😑 this me every time Riley and Nancy pop up #PowerGhost #PowerBook2 pic.twitter.com/TsF9loCu9d