The timeline of sports this past year resembles nothing like we’ve ever seen before, with few common markers to tell us when, and sometimes if, something happened. The pandemic-scrambled sports calendar is almost the least of it. Horse racing’s Triple Crown started with its third leg, the Belmont Stakes, and finished with the second, the Preakness; the French Open, traditionally a harbinger of summer, took place after the US Open, which held its traditional Labor Day weekend spot, albeit without spectators. The Indy 500, a Memorial Day staple, took place at the end of August, alongside a delayed Tour de France.

The void of sports perhaps rang the loudest in 2020; Wimbledon, March Madness, the Boston Marathon and the Tokyo Olympic Games seemed to disappear into the ether.

Yet in many ways, sport, including its absence, told us just about everything we needed to know about this strange and devastating year, a year in which Korean baseball, marble racing, an
NBA-sponsored HORSE Challenge and a so-so documentary about Michael Jordan temporarily replaced some of America’s favorite pastimes.

“Stick to sports” is a mantra trotted out by some critics whenever an athlete gives an opinion that moves beyond the parameters of the game. But this year, sticking to sports meant seeing how Covid-19 infiltrated every aspect of life on earth.

While much of the world was still dismissing Covid-19 as something only China had to deal with,
some 40,000 fans from the small city of Bergamo watched their beloved Atalanta make its debut in the storied Champions League. The historic moment for the soccer-loving city quickly became a perfect storm. ”
A biological bomb,” scientists later
said to describe the game, as close to 200,000 cases in the northern reaches of Italy traced back to those 90 minutes.

The absence of sports sent a powerful message

Sticking to sports underscored how the games cannot, always, go on, and that when they don’t, we tend to sit up and pay attention. The NBA’s
suspension of its season in March helped peel back America’s coronavirus blinders, the ones that were keeping many people from grasping that a virus does not heed national or international borders — that it wasn’t about “them” or “those people.”
Sports offered an example in microcosm of the tensions between public health concerns and economic imperatives. The
$100 billion sports industry generates approximately 3 million jobs in the United States alone, from athletic trainers to umpires, coaches to commentators. But most employed in some segment of the sports world live paycheck to paycheck,
hourly wage workers who run the concession stands in America’s arenas, take tickets or provide security on the floor. 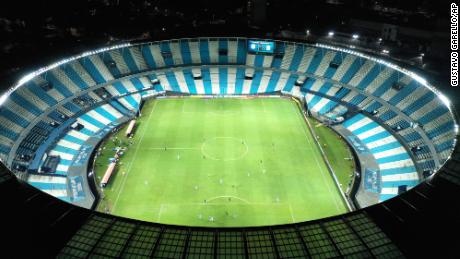 In the early days of the pandemic, the plight of these workers demonstrated just how fragile the American workforce is. As leagues failed to find structural and systemic solutions to support vulnerable workers,
star athletes stepped up — Kevin Love, Zion Williams — and presented temporary solutions while simultaneously magnifying the stark paycheck chasm between the workers on the court and those in the stands.
In the absence of any national plan to beat back the virus, sport had stops and starts to its return, a return enabled by vast resources that schools and small business owners simply did not have. While Major League Baseball went back and forth over a rash of ideas to salvage some kind of a season, the National Women’s Soccer League (NWSL) successfully launched a closed-door version of its Challenge Cup,
completing a 23-game tournament that featured eight teams and no positive Covid-19 tests.

The success of the NWSL tournament (leave it to the women!) laid the groundwork for basketball’s launch, with both the WNBA’s “wubble” and NBA’s “bubble” safeguarding safe play, as well as the return of the most politically progressive and vocal teams. Indeed, with the national revitalization of Black Lives Matter in the wake of the killings of George Floyd and Breonna Taylor, no league was better prepared to use its platform as a call to political action than the WNBA, which dedicated its 2020 season to ”
The Justice Movement.” 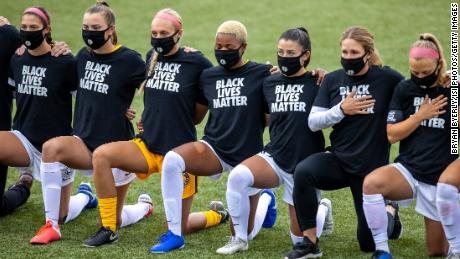 As WNBA play resumed in July, sticking to sports meant watching players from multiple teams
come together in support against the Senate campaign of Atlanta Dream co-owner Kelly Loeffler, entering Florida’s IMG Academy Arena “wubble” wearing shirts that proclaimed VOTE WARNOCK (referring to Loeffler’s Democratic opponent Raphael Warnock), a move that further agitated Loeffler, who had already expressed her disapproval of the league’s warm-up jerseys that declared BLACK LIVES MATTER on the front, and SAY HER NAME on the back.
“We are @WNBA players, but like the late Great John Lewis said, we are also ordinary people with extraordinary vision,”
tweeted Seattle Storm star Sue Bird in response to Loeffler’s public statement. “@ReverendWarnock has spent his life fighting for the people and we need him in Washington.” 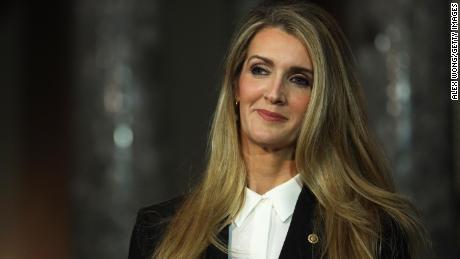 In this vein, sticking to sports in 2020 meant understanding how these athletes emerged as a defined voting bloc, mobilizing to foster awareness of social justice causes and access to the ballot box.

With Chris Bosh’s beautiful call in The Players’ Tribune to ”
let them vote” in hand, the NCAA (not exactly a bastion of progressive politics) recommended that Division 1 teams clear practice schedules on November 3, enabling an
additional 170,000 student-athletes to head to the polls. Michelle Obama’s “When We All Vote”
campaign included soccer luminary Megan Rapinoe and NBA star Chris Paul, while LeBron James put both his money and his 136 million social media followers to work behind
his “More Than A Vote” effort, which promised to combat voter suppression.

In the recent past, these kinds of actions often felt like interruptions too individualized or easily papered over — Colin Kaepernick kneeling or a player donning an “I Can’t Breathe” shirt — but in 2020, it became custom for athletes to show how sport both reinforces and challenges social norms — and moves the needle on politics.

When the
Milwaukee Bucks refused to play the Orlando Magic in the wake of the Jacob Blake shooting in Kenosha, their colleagues across the league and in other leagues quickly followed, leading to the postponement of six NBA games and others in Major League Soccer and elsewhere. The players joined together to demand police accountability and criminal justice reform, and to demand that sports do better — including offering up parks and stadiums to help get more people safely to the polls. These changes, they argued, could not wait until after the playoffs but needed to start immediately. 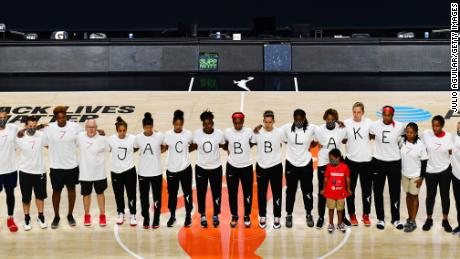 As players chose the bench over the game in a time of incredible national pain, it was clear that Covid-19 hadn’t halted the NBA playoffs — America did that all by itself. In the wake of the Bucks’ action, whether dubbed a wildcat strike or a boycott — sticking to sports meant a domino effect unlike anything we had ever seen.

While we cannot quantify the impact of these actions on the record-breaking numbers of ballots cast, we can remember that when we stick to sports, we learn something about everything. 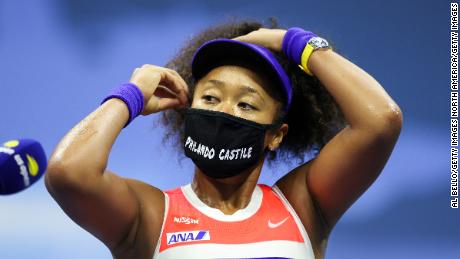 Tennis star Naomi Osaka, who marched through the draw at the US Open, showed us that, wearing to each match a mask emblazoned with the name of a Black victim of violence —
seven names chosen from a tragic number of possibilities, demonstrating how individual stances can morph into significant acts of solidarity, reinforcing, perhaps more powerfully than ever before, why we need to listen to athletes for a change.

Sports tells us what we need to know

So now here we are, the end of the year, surrounded by football, the sport that must apparently always go on, with the one who still sits in the Oval Office
taking credit for ensuring that it does so. With all apologies to baseball’s rocky start back in July (and perhaps the Marlins
have made up for that with the
brilliant hiring of Kim Ng as general manager), football, perhaps more than any other sport, reminds us that no one and nothing stops being who and what they are just because the world is in the midst of a pandemic.

Whether or not America should be playing football at this point is almost moot. As Covid-19 numbers spike beyond anything we’ve yet seen, as schools empty, restaurants and gyms again shutter, and the hospitals fill, the fact that football remains is absurd.

At the professional level, the Broncos
played without an available quarterback and the 49ers
needed to call Arizona home. That a single NFL game generates
$24 million in TV rights is all that anyone needs to know about the economic paradox created by the pandemic. 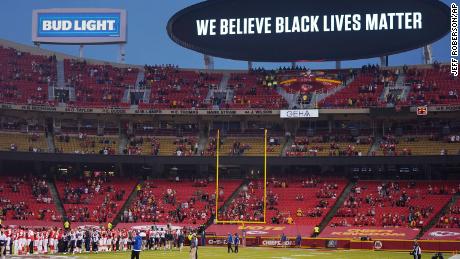 But it is perhaps at the college level, where the NCAA had predicted a
$4 billion loss if the season didn’t take place, that these lessons are magnified. While students across the country engaged in hybrid, hyflex, and fully remote learning, football teams forged ahead with mixed results, echoing the myriad responses to the virus across the US.
While Boston College
finished its season Covid-19 free, adhering to a strict protocol that dominated much of the Northeast with a we’re-all-in-this-together approach,
LSU players allegedly attended a Halloween party, illustrating how many teams provided little insurance that players avoided contact with outside the team and its support systems.
The lack of a cohesive approach to keeping college football safe, with little agreement on best practices for testing and contact tracing (sound familiar?), meant that the
Minnesota Gophers saw some 30% of its ranks go down and that we wait to see if the twice postponed SEC showdown between
Ole Miss and Texas A&M will ever take place, or if Michigan will face Ohio State. 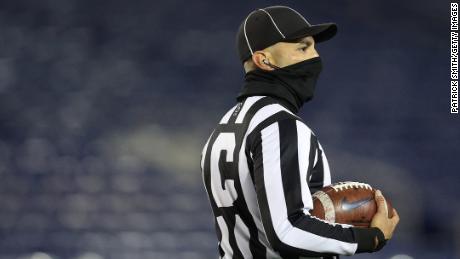 There are almost too many of the NCAA Division 1 Football Bowl Subdivision games postponed or canceled to keep track of, with moments like overjoyed Notre Dame fans
storming the field after a victory over Clemson serving to remind us just what a spontaneous superspreader event looks like in real time.

Whatever end football finally reaches this season, this is what we do know: there is a vaccine on the horizon, and we can look to sports to tell a story of its distribution and its efficacy. Will athletes be prioritized? Will fans, fans who didn’t always tune in even when baseball and basketball did get their seasons up and running, come back to the seats?

Will athletes use their platforms to take political action if the fans are there? What of the college side — what kind of impact will
the loss of so many collegiate teams have, perhaps especially for women, for Title IX, for future national teams? What kind of indicator are these cuts for the
future of higher ed writ large, on and off the field?

In the wake of a year of devastating loss, loss that has permeated every inch of our being, sticking to sports will tell us what we need to know.