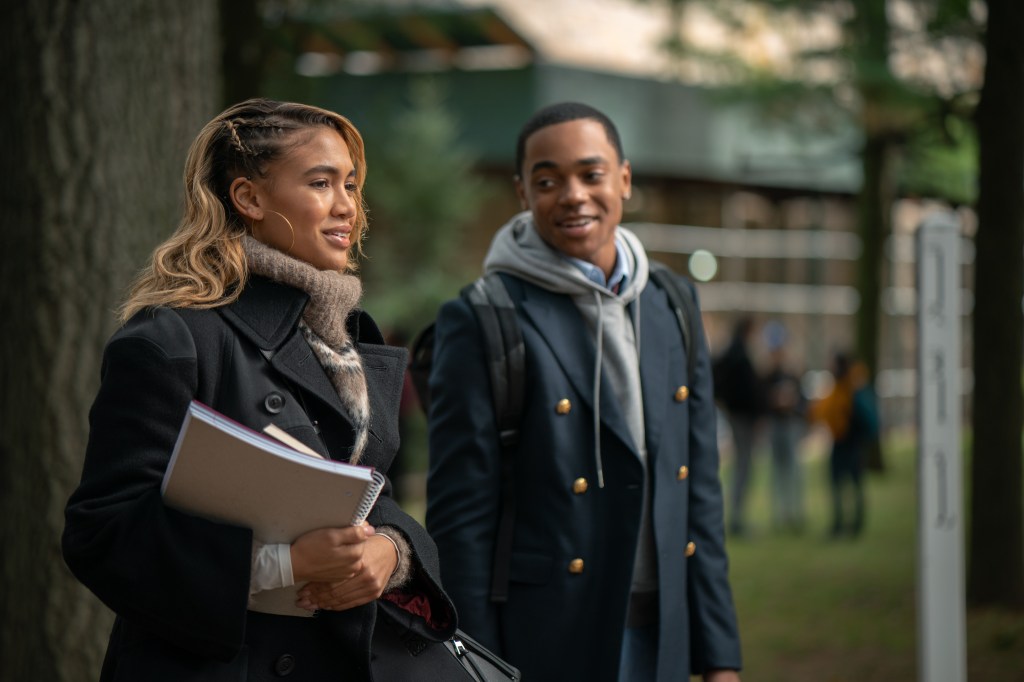 If you’ve been keeping up with Power Book II, you know Tariq is following in his late father’s footsteps in more ways than one. Not only has he set up his own intricate drug business, furthering his education and social standing in the process, he’s falling for two girls. If you recall, Ghost married his wife Tasha St. Patrick who was all about fast money, but cheated on her with his childhood girlfriend, Angela, who was a well-educated, by the book career woman. Now, Tariq is falling for Diana (LaToya Tonodeo), the daughter of a drug kingpin and Lauren (Paige Hurd), a peer he met at Stansfield University. 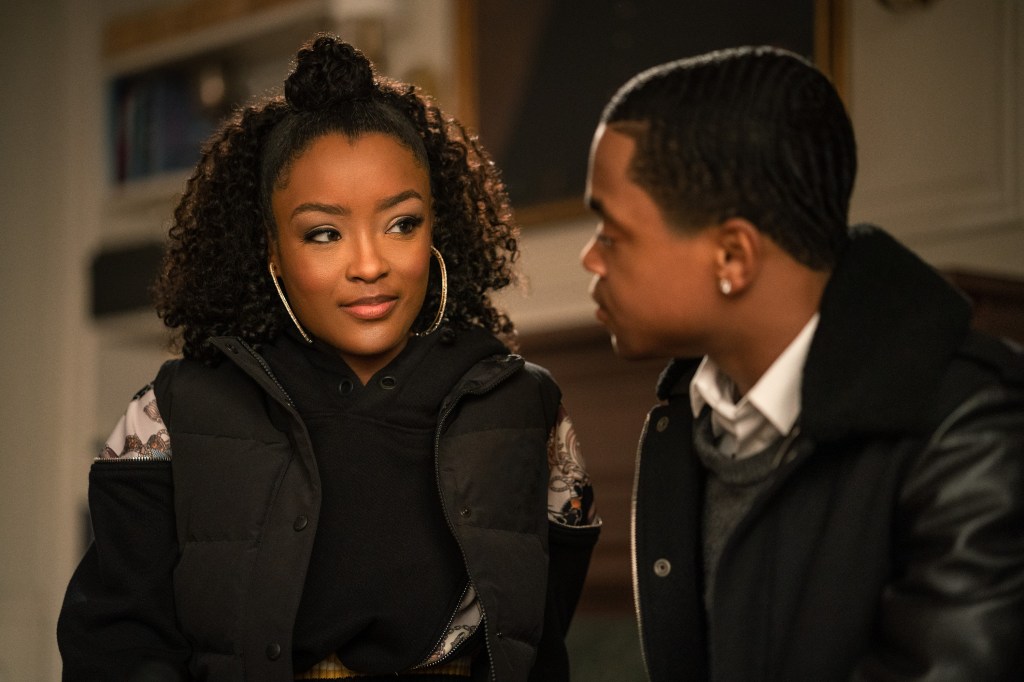 LaToya Tonodeo stars as Diana in a scene alongside Michael Rainey, Jr. on the set of Power Book II: Ghost. Source: STARZ / Starz

Fans of the show wasted no time comparing the spinoff to the original, likening the newer cast members to the first Power crew. We can’t lie, the storyline is looking very familiar:

Did I miss anybody?

Ultimately, it seems Tariq is on track to becoming the very man he hated (and killed). Tune in every Sunday on STARZ to watch it all play out and let us know who you think the young guy should wife and why. Some thoughts from social media below:

Tariq, Lauren left you at a party fucked up. Don’t do Diana like that…….but you will because you are your father’s son #PowerGhost pic.twitter.com/kRn4EpLLGX

#PowerGhost can we just bring her back and switch up this weak ass Diana, Lauren Tariq triangle 🙄@ghoststarz pic.twitter.com/T1iZD4x73l

Damn that boy just like his daddy. I swear this gon be Tariq, Lauren and Diana by the end of the season #PowerGhost  #PowerTV pic.twitter.com/rSSrvBNKh6

1. Beautiful doesn’t quite cut it.